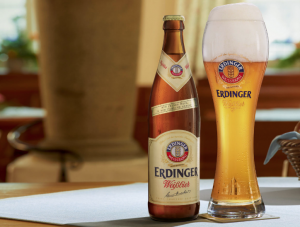 Right off the bat it’s important to understand that beer drinkers in Germany tend to be quite specific about the type of beer they prefer rather than just focusing on the brand. The Erdinger Hafeweizen is a popular choice of weissbier (white beer), pale and slightly golden in colour. This is a classic wheat beer brewed in Bavaria; it has a balanced flavor and a distinct German aroma. 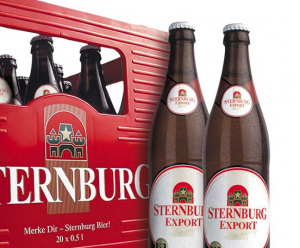 A späti is one of the first things you’ll learn about in Germany’s capital. It refers to the little corner store that is open late, and almost all streets have one. More importantly, it’s where people pop in to grab a beer. Almost every späti will stock Sternberg. At about sixty cents a bottle, it’s a cult classic and the beer of the people. Cheap and a bit nasty, it’s not exactly one for the beer snobs – but everyone on the street is drinking it, and a trip to Berlin wouldn’t be complete without trying one. 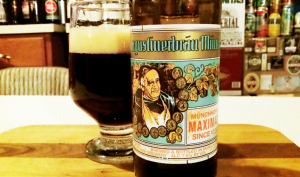 Augustiner is a more classy option, and you’ll pay a little more for it, too. This full-flavoured Bavarian style beer comes from Munich’s oldest independent brewery. It has become one of the most successful beers in Mitte, the centre of Berlin, without much advertising, and the label has not changed for over 20 years. While other German breweries updated their bottles to a more modern and slim design, Augustiner stuck with its original, a bulky and retro form which only seems to add to its appeal among Berliners. 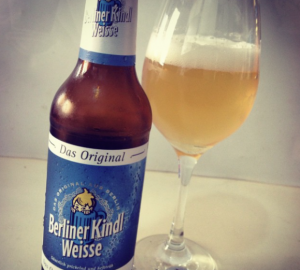 This beer has gone down in history as one of the most popular beers in the German capital. Cloudy and sour, Napoleon’s men even referred to it as the ‘champagne of the north’. This award-winning brew has a distinctly sour taste, a must-try when in the city. It also comes in three varieties; ‘ohne schuss’  is the beer in all its natural glory, while ‘ein rotes’ is slightly sweetened with raspberry syrup, and finally, the ‘ein grünes’, which is flavored with green woodruff. 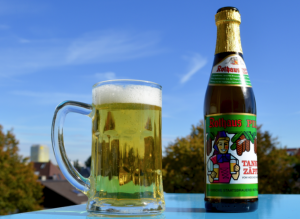 This has become a solid favorite among expats living in Berlin. The beer is cheap – about €1,50 for half a litre – and widely available, and it comes with a subtle sweetness that makes it easy to drink. Pils is short for pilsner, and refers to the golden or straw coloured beer and its earthy taste. 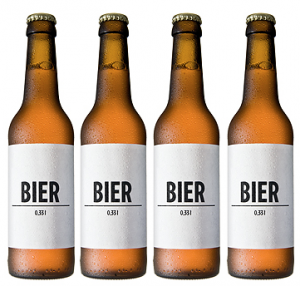 This brewed beer from Saxonia is all about its simple, conscious packaging. With no logo or name and simply referred to as ‘Bier‘, this brand aims at having no brand. The label is minimal and white, in an effort to diminish the visual pollution and advertising messages which people in urban environments are constantly subjected to. Their no-frills approach focuses on the product itself, which is a classic, full-bodied malt beer produced with bottom-fermented yeast.